Loved teaching with Helen Mort at Lumb Bank this autumn. Here’s a snap from one of our students. Many thanks Lisa Jay Photography. 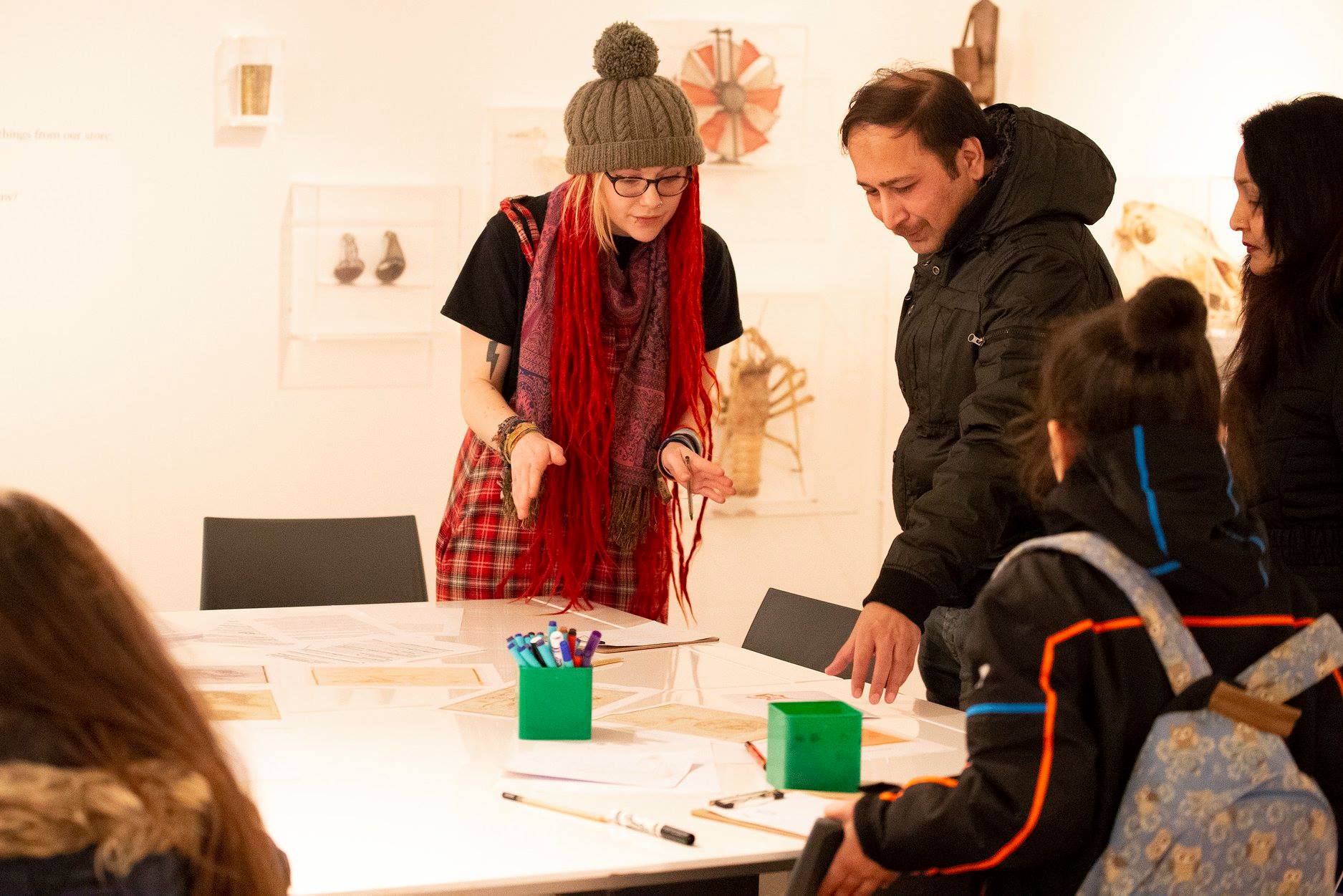 It was brilliant to take a workshop at Derby Museums to celebrate the launch of their Leonardo da Vinci exhibition. I really enjoyed running a poetry workshop along side all the crafts that were taking place on the day. The exhibition is totally FREE and should be checked out! 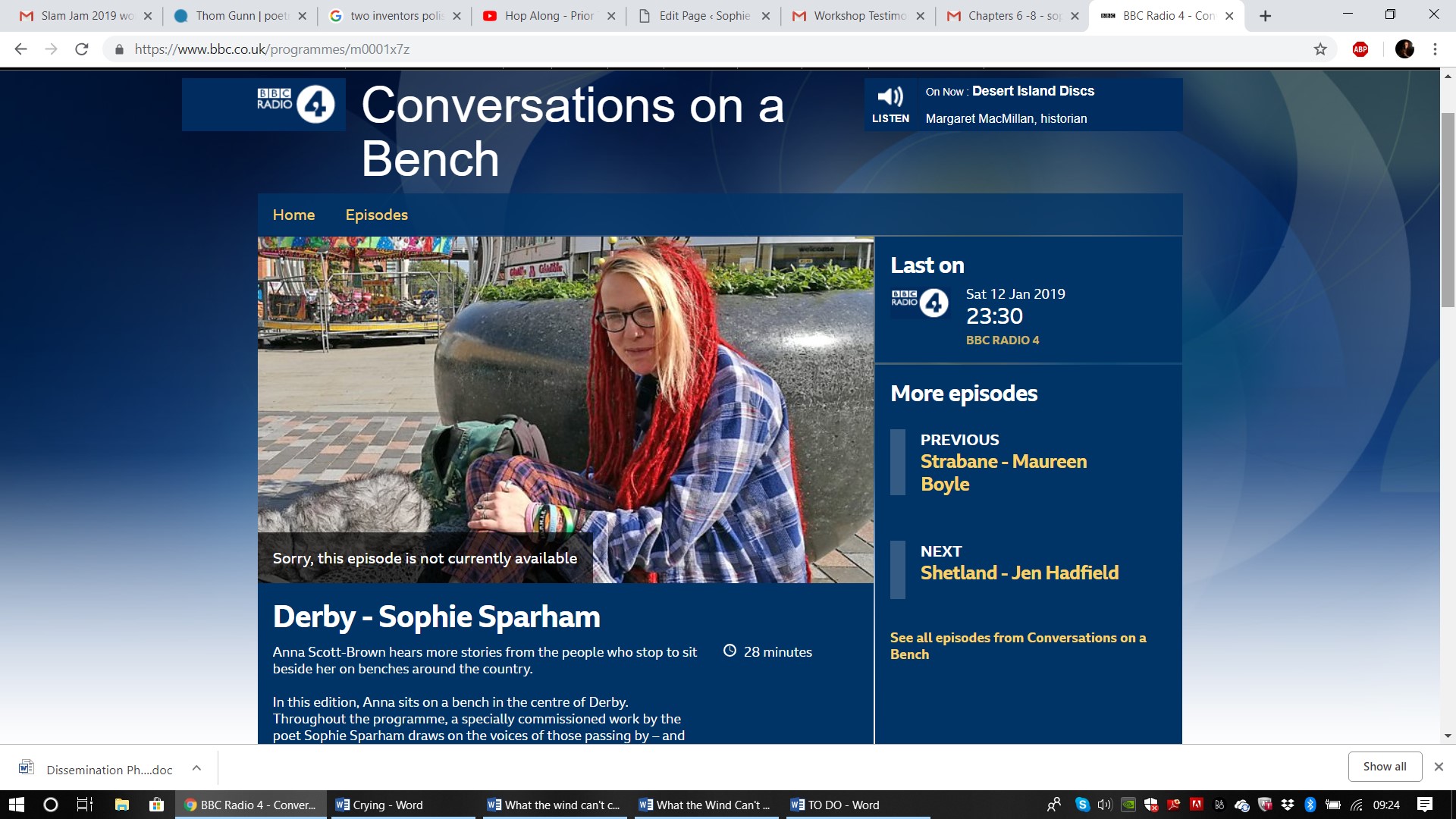 Conversations on a Bench, BBC Radio 4

It’s been brilliant to have been asked to have been featured on Conversations on a Bench. Many thanks to Overtone Productions for their encouragement with making the program and with letting me choose the interviewees.

All the poetry you hear has been written by me. Tune in here: https://www.bbc.co.uk/programmes/m0001x7z 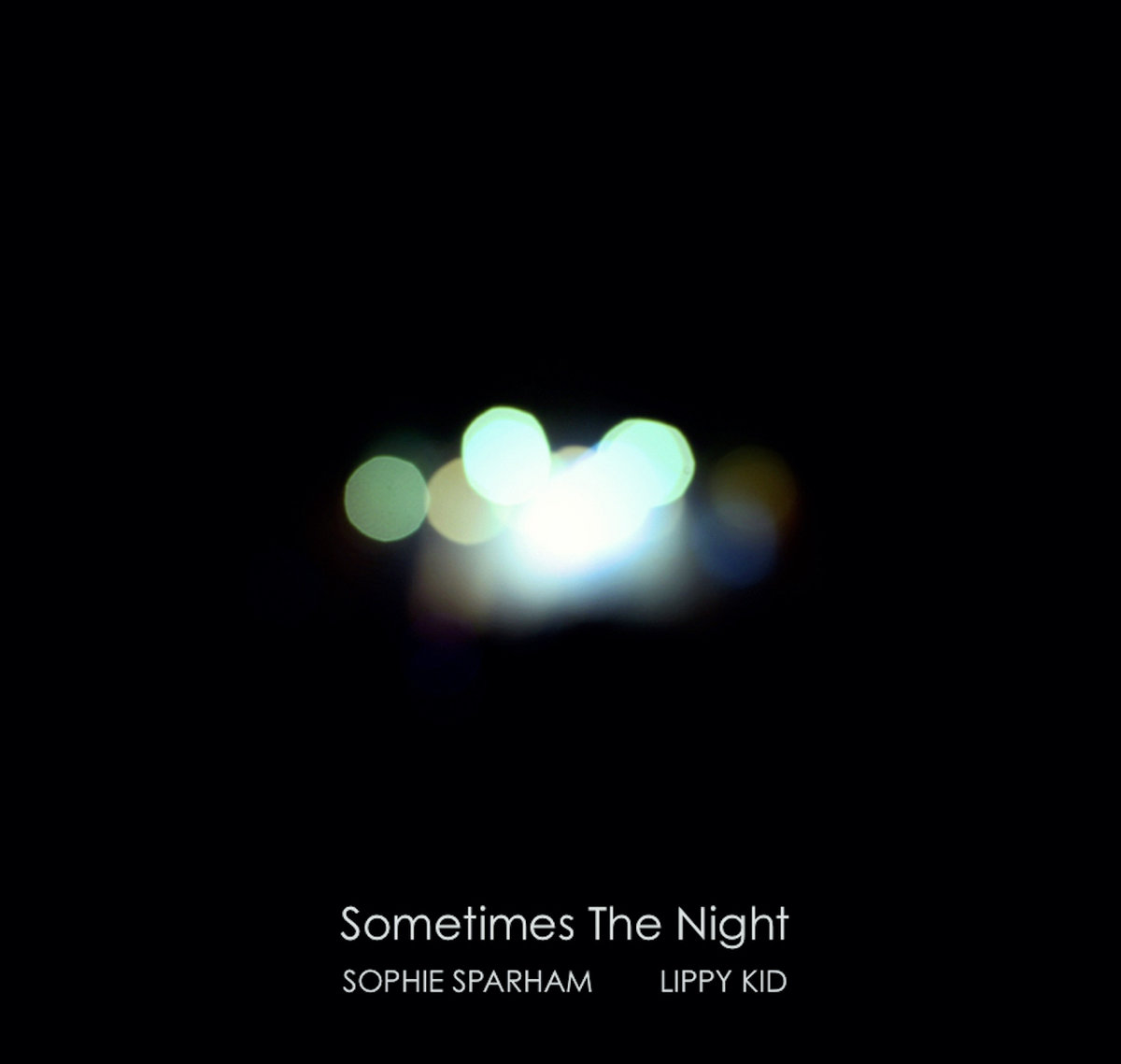 It’s been awesome to collaborate with the Derbyshire electronica project Lippy Kid. The two of us have released a single, built around my poem called ‘Sometimes the Night’. Paul is such a talented musician and great at what he does.

All the money we make from this will go to the Women’s Centre, Padley and Samartians as part of mine and Laura’s fundraiser this year.

You can listen to the track here: https://lippykid.bandcamp.com/track/sometimes-the-night 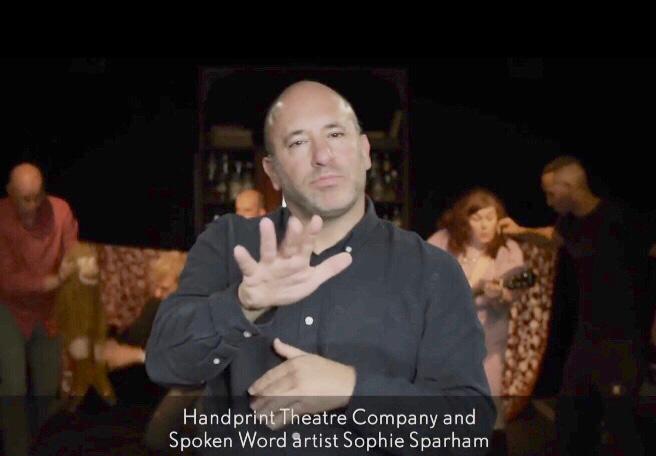 V and A Collaboration

If you’re around London at the end of the month, I’ve co-written a show with CHICKENSHED and Handprint Theatre for the Victoria and Albert Museum. The show is named The Two Fridas and it’s inspired by the V&A’s current exhibition, Frida Kahlo: Making Herself Up. It’s on at October Half Term and it’s free!
Plus they’ll be captioning and British Sign Language throughout the performance!
Find out more here: https://www.vam.ac.uk/event/g3vd9eJZ/pop-up-performance-october-half-term-2018 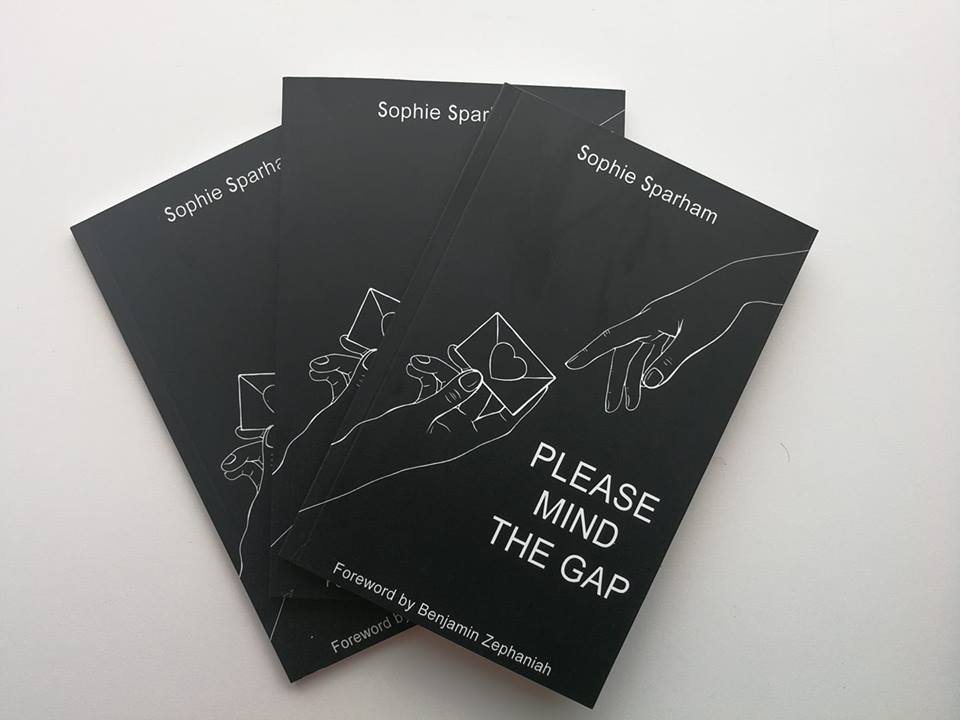 Happy National Poetry Day! I’m very proud to say that my debut collection Please Mind the Gap is in it’s second edition after being launched in December. Poetry has opened the door for me in so many ways and it’s amazing to share that with so many different people. Whether you’re a writer or a reader, I hope you have a lovely day!

My debut poetry collection ‘Please Mind the Gap is finally out! I’ve got to say a massive thank you for everyone who has helped me to create the collection. I shall be having a night to celebrate the release of the book in London on December 2nd. Find more details are here and discover more about the collection below! The collection features a foreword from Professor Benjamin Zephaniah: “I am delighted to introduce Sophie Sparham to the wider world through this debut collection. She has a unique and distinctive voice, and has some very important things to say. I am sure she will shine in the years to come and her talent will carry her far. I hope that you, the reader, connect with her messages, feel her flow, and find meaning in her intelligent and creative verse.”

Please Mind the Gap can be purchased via Amazon or via Paypal by sending £6, plus £1.50 postage to sophie.sparham@googlemail.com. 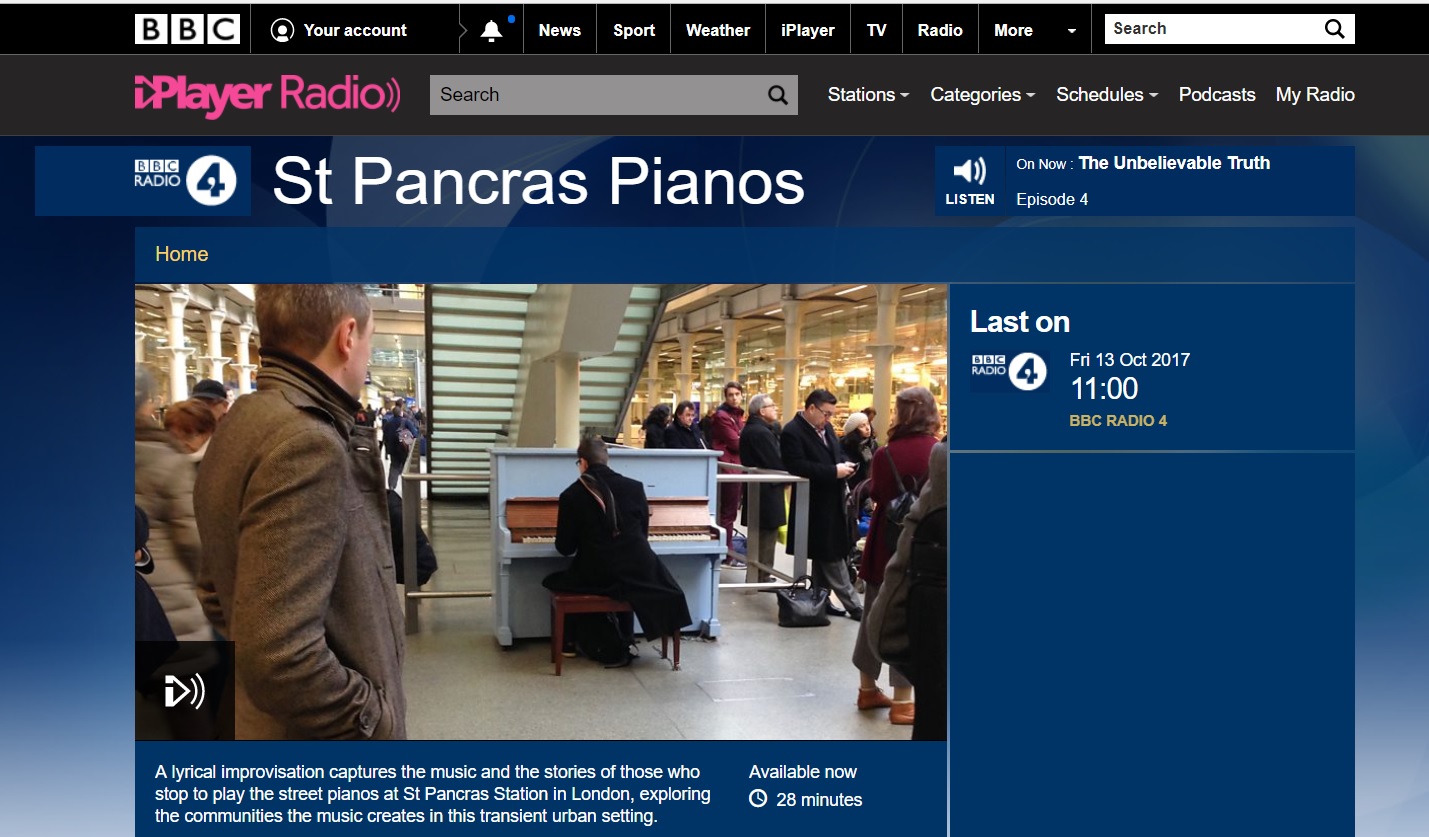 I’m really excited to say that after 10 years of creating audio, my first radio documentary aired on BBC Radio 4. The documentary is an half an hour piece on St Pancras’s street pianos in London. It was a pleasure working with Overtone to create this and I’m excited for people to take a listen.

For those wanting to hear it, the link is here.

A lyrical improvisation captures the music and the stories of those who stop to play the street pianos at St Pancras Station in London, exploring the communities the music creates in this transient urban setting.

Around 45 million people pass through the station each year, travelling not only to the North of England or Kent, but also to Paris, Brussels and Lille. Visitors who stop unexpectedly – and regulars who come frequently – play the station’s unusual street pianos with a wide range of musical styles and ability. Their personal stories reinforce ideas about the universal language of music and its ability to cut across class, nationality, creed and colour.

Over the years, top performers from Sir Elton John to Laura Mvula, Jamie Cullum to John Legend, have all played here – with Sir Elton signing and donating a piano.

But this programme tells the story of the ordinary people and the tunes they play. It provides intimate access into strangers’ lives and to this London station at both its busiest and its quietest moments.